Pemex sails towards operational improvement with a broad Performance Agreement

Petróleos Mexicanos, or Pemex, is a Mexican state-owned petroleum company and one of the largest companies in Latin America. Today Pemex has a Performance Agreement with Alfa Laval, designed to safeguard and improve the operation of its petroleum tankers. 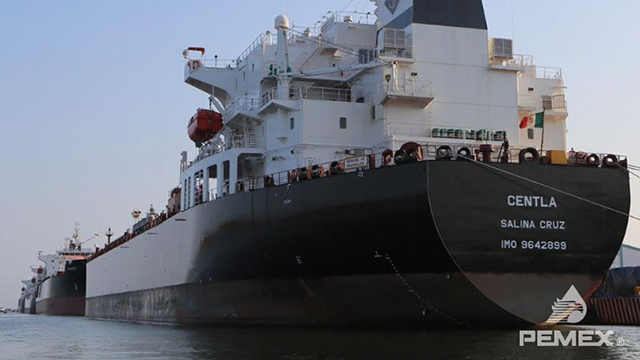 Pemex is one of the few companies in the world to engage in the whole petroleum chain, from oil exploration to the distribution and marketing of final products, including petrochemicals. Its business is therefore divided across a number of subsidiaries. One of them is Pemex Refining, which recently signed an annual Service Agreement with Alfa Laval. A comprehensive undertaking The Alfa Laval Service Agreement with Pemex involves eight petroleum tankers that operate in the Mexican Pacific. These ships comprise both existing vessels and double-hull newbuilds:

Under the terms of the agreement, the vessels will receive a wide range of services covering high-speed separators, gasketed plate heat exchangers and freshwater generators. Spares for all services are also included.

Performance rather than parts

The signing of a Service Agreement marks a shift in approach for Pemex. The company has been working with Alfa Laval for around eight years, but has previously ordered a standard list of spare parts via its purchasing office in Houston, Texas. By taking a more comprehensive approach, the company aims to make continuous improvements that will extend the lifetime of its equipment. Instead of being handled by the purchasing office, the Service Agreement was carefully developed with local Mexican sites involved
in the vessels’ operation, then signed though the main office in Veracruz state.

Coming to the right agreement

“The Service Agreement with Pemex is a direct result of the proactive approach Alfa Laval Service is taking in Mexico,” says Iván Díaz, External Sales Engineer for Alfa Laval Service. “We want to deliver performance, not spares, which is why we made an effort to reach those directly involved with the vessels. Getting first-hand experience, rather than a list of requested parts, means we can shift the focus from corrective maintenance to preventive maintenance.”

In Pemex’s case, around ten meetings were needed to define the Service Agreement’s scope. “The definition phase is incredibly important,” says Díaz. “We need to collect information not only about the equipment and the application, but also about the customer’s structure, strategies and needs – which vary between the operator and the purchaser. Our task is to develop one package that can benefit everyone.”

A well-defined path to improvement

For the gasketed plate heat exchangers and freshwater generators, Alfa Laval will provide inspection and regasketing, as well as Alfa Laval Cleaning Services for the plates. During the first year of the agreement, the focus will be on covering as much as possible of three of the eight vessels, beginning with the Preventive Maintenance of four high-speed separators and continuing with regasketing projects and Performance Audit Marine for the separators.

“Close cooperation in service, such as our work with Pemex through the Service Agreement, is the easiest path to both short and long-term improvements,” Díaz says. “Pemex can expect solid payback in the form of reduced frustration and increased operating economy.”